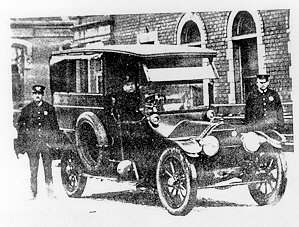 Although Canton was founded in 1805 by the late Bezaleel Wells, its first chief of police was not appointed until almost a century later in 1903. The first man to hold this job was Fred S. McCloud, who previously has served as an elected marshall. He served as chief until 1906.

Prior to the naming of a chief, the department had operated rather haphazardly. The first marshall, Jonathon Oldfield, and his deputy, Joseph Riegler, served their first year without pay. Their base pay the second year was $1,250, each. Some later marshals included:

Canton has had only 15 chiefs of police. Former Police Chief Thomas W. Wyatt has the longest tenure, having held the position for 23 years from 1980 to 2003. The rest, with their approximate times of service were:

Growth of the Department

The first city detective was Joseph P. Ryan who was appointed to the department in 1895. He later became detective captain. In 1913, when H. W. Smith was chief, the department had been departmentalized somewhat with:

In 1961 the department was comprised of 157 men and two women. These men and women have received extensive training and experience and now man the cruiser, detective, and traffic divisions, and the child welfare, morals, accident prevention and records and identification bureaus and the Canton Police Boys Club.

The authorized strength of the department, according to City Ordinance in 1961, included: