None of Canton’s history could have been possible without educators who were willing to ensure proper schooling was provided to its residents. Canton is proudly home to men and women who have made great strides for education both within our own city as well as nationally.

Augustus Juilliard was born at sea when his parents immigrated from France in 1836. Settling in Stark County, his father, Jean Nicolas Juilliard served as a shoemaker and farmer. When Augustus was thirty years old, he moved from Louisville, Ohio to New York and was involved in fabric manufacturing until the company for which he worked went bankrupt.

He was able to find investors to incorporate the Augustus D. Juilliard Company and within several years was involved in banking. After marrying Helen Cositt in 1877, he became a board member of the Metropolitan Opera. When he died he willed some $15,000,000 to a corporation known as the Juilliard Musical Foundation. His nephew, Frederick Juilliard who served as one of three trustees of the foundation was able to form the Juilliard School. 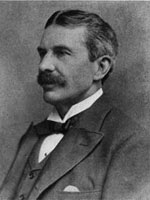 James Lathrop came to Canton from Connecticut when he was twenty-five, in 1816. Admitted to the bar that same year, he organized Canton's first library, consisting of 30 books that were stored under lock and key at the Court House for use by private subscribers. He gathered prominent Canton businessmen in order to found the Canton Academy. They built the first schoolhouse in 1824 on the plot designated by Bezaleel Wells for a school, the site where Timken High School now stands.

In 1822 Lathrop was responsible for the legislation which incorporated Canton as a town. After serving as Town Auditor he was elected to the Ohio legislature in the years 1825, 1826, and 1827, at which time he served as chair of the committee on education. Through him, the Ohio Liberal Education Act established funding for the public schools and he earned the title "Father of Public Education" in Ohio. He had served as Canton's first President, County Auditor, and County Commissioner and he served on a board incorporating Massillon's Charity Rotch School. 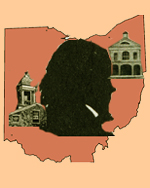