Thanks to these great men, Canton was able to grow into an industrial hotbed in the early twentieth century. Their hard work and dedication to their respected fields helped fuel Canton and its economic growth.

Born in Canton on July 4, 1840, Henry Belden pursued studies at the University of Cincinnati. Graduating in Law he was admitted to the bar and became a prominent attorney and in 1870 the Mayor of Canton. A throat infection led to his leaving law and retiring to the George Belden farm south of Canton. Finding coal, shale, and clay on the farm he began mining operations. He experimented with the clay and shale and developed a process for brick making.

He invented the Belden Burner which patent led to sales of the clay instruments for street lighting. His Ohio Streetlighting Company employed over a hundred men in 1892. When the price of gasoline became prohibitive, he sold the company and patents to the Sunday Vapor Light Company in Canton. Back at the brick-making business on the farm, he found innovative ways to use the brick in street paving. His first brick paving was done between Tuscarawas and 2nd Street Southeast on Cherry in the present Sarta block downtown.

He organized with Johnson Sherrick, the Canton Stoneware Company, the Diebold Firebrick Company with Anton Diebold, and became director of the Cleveland and Canton Railroad. His innovation in expanding the plants and products weathered the Belden Brick Company for 35 years through recessions, war-when transportation suffered- and fuel costs and would provide the leadership through the family through another 65 years.

John Carnahan was born in Leechburg, Pennsylvania in 1849. When his father was crippled in an accident, John took over the 500-acre farm and by the time he was 28, he had accumulated $50,000 which he used to purchase more land. When he and his two brothers discovered coal on the land, they purchased more land and mined in the winter and farmed in the summer.

At first unsuccessful in oil drilling, he leased 8,000 acres in Armstrong County and opened the Schellhammer Gas Field, the greatest gas field in Pennsylvania. Before coming to Canton he was a millionaire from Oil leases. In the 1890s Carnahan purchased 4,000 acres in Ohio and owned nearly 3,000 acres in West Virginia. In 1904, he sold his interest to Standard Oil for over $2,000,000.

In 1897 Charles A. Dougherty representing the Canton Board of Trade led Carnahan to build a rolling mill in Canton. In 1901, he sold the mill and eventually it was purchased by the United States Steel Corporation. Dougherty again convinced Carnahan to build a tin plate mill, and the Canton Board of Trade provided land for the plant and land for the Carnahan Land Development Company.

By the summer of 1903, Carnahan had the tin plate and Canton Stamping and Enameling Company. To provide the raw material for the plants, he organized with Will Irwin and Ed Langenbach, the United Steel Company. Carnahan branched out to Mexico and purchased 40,000 acres of hardwood reserves. By 1897 he had mining interests in Washington State. He owned a steel plant in Norwalk, Ohio, oil operations in Laredo, Texas, an oil refinery in Kentucky, a banana plantation in Mexico, and farmlands in Arkansas and New Mexico. 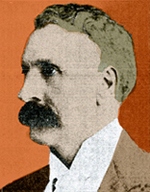 Edward Langenbach was born in 1864. After his father's death when he was fourteen, he pursued work in a bank, then in bookkeeping for a paint company and then a furniture store. At the furniture store, he met John Berger whose brother, Wilson, had patented a malleable eaves trough hanger. Together, they began a business in which Langenbach served as a salesman.

While on the road, he heard the complaint that no one made long sections of spouting. He convinced his partners that 10 feet of spouting should be manufactured. Successful in that venture they added a roofing business. By 1893, the now named Berger Manufacturing Company was the largest tin fabricator in the country. By 1895 the company had 61 products.

In 1916 he and his associates negotiated with J.P. Morgan and Company to consolidate United Steel into their new Corporation, United Allied Steel. Shortly after that, he purchased a Waukesha, Wisconsin mill which he moved to Canton. He was also involved in banking, becoming Director of the First National Bank of Canton. He teamed with H.H. Timken, Charles Balough and others to organize The Hercules Motors Corporation in 1915.

Born in Ida Grove, Iowa on November 26, 1887, Stanley Macomber after attending Annapolis Naval Academy received his degree in civil engineering from Iowa State College. He served as City Engineer at Centralia, Washington from 1912 to 1915. After receiving a job at Berger manufacturing in Canton, he served as a salesman for the Upper Midwest. He moved to Truscon Steel in Youngstown, then to National Pressed Steel in Massillon and through a merger Macomber headed the steel lumber division at Central Steel in Canton.

While working through different mergers and acquisitions he sought patents for his web steel joints. Receiving patents in 1924 and 1925 he managed two plants, the Massillon Steel Joint Company and the Canton Bridge Company in 1925. After a fire, he moved the Massillon plant to the Canton property and named the new company the Macomber Steel Company. In the next years, the plant produced trusses and roof supports.

The American Institute of Steel Construction

After a meeting in 1919, Macomber joined with leading bridge, bar steel and structural steel manufacturers forming an organization called The American Institute of Steel Construction, which brought engineering standardization to steel manufacturing. In 1927 he received a patent for a structural unit; on June 24, 1930, he received patent 1,776186 for his composite joint system; and in 1940 for his roof truss. His thirty patents developed from his open web joint construction transformed the construction business.

Although the Depression and several bank failures put the company into receivership Macomber Inc. reopened in 1938 and contracted with Union Metal Manufacturing to make Macomber's steel roofing. The Macomber V section roofing enabled construction workers to nail into the roof and ceiling. During World War II Macomber was totally committed to war manufacturing. His frame construction significantly reduced the time to build.

Unfortunately, when his patents ran out, competitors drove Macomber out of business. He died May 15, 1967, in Canton, Ohio and is buried in Forest Hill Cemetery. He was inducted into the Smithsonian Inventor's Hall of Fame in Washington on May 4, 2011. 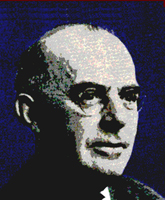 Henry Timken came to the United States when he was seven years old. His father settled in St. Louis where Henry was apprenticed to a carriage maker. He patented a spring for carriages from which he built enough capital to start a carriage business, and a bearing and axle business. After organizing the Timken Roller Bearing Company in St. Louis, he and his sons sold the business and at the encouragement of Charles Dougherty and the Canton Board of Trade, moved to Canton, Ohio, to be near steel suppliers and the growing automobile business.

Retiring at 67 years of age, Timken turned the work over to his sons H.H. Timken and W R. Timken. As they saw the need, they extended the operations from assembly to bearing manufacturing, to alloy steel manufacturing. Through increased sales of axle and bearing assemblies, they opened an axle plant in Detroit. By 1907 Ford had contracted with Canton's United Steel Company to provide Vanadium steel and the Timken family found themselves in a unique position to supply assemblies for the automobile.

When the world was engaged in World War I, low supplies of steel were starving many industries so the Timken Company opened a tubing mill. Shortage in bar material led to the building of a steel mill. Enduring the Depression, the company expanded its operations through the purchase of tubing operations in Wooster, Ohio. By the time he died in 1940, Henry Timken had owned The Canton Daily News, oil lands in Louisiana, farmlands in the Imperial Valley, California and had funded several charities in Canton and wherever his companies were established. 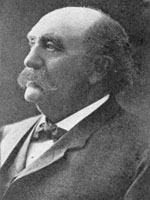