Canton is home to many prominent Hollywood entertainers, actors and actresses, as well as those who worked behind the scenes to ensure the success of the industry and those who were a part of it.

Jake Abel was born in Canton on November 18, 1987.   Once he became interested in acting, his mother home schooled him. In his late teens he was able to make his debut as an actor in the Disney movie, “Go Figure.”  That same year he also appeared in a few episodes of a science-fiction show, Threshold.  Since then he has played in a variety of roles, including in “Tru Loved, Angel of Death, and has guest starred in shows such as Supernatural and Grey’s Anatomy.

Jake was chosen in 2012 to play Ian O’Shea in the film adaptation of The Host, by Stephenie Meyer.  He is also known for playing Adam Milligan in the TV series Supernatural, and was in the movie adaptation of I Am Number Four.  For playing his role of Luke Castellan in Percy Jackson and the Olympians: The Lightning Thief, he was nominated for MTV Movie Award and the Teen Choice Award for Best Fight Scene.

In 2013, Jake married Allie Wood, a writer.   Together, they released an album together, Black Magic, in March of 2013.   Being known not only for his acting, but also his voice, the audiobook narration for Midnight Sun by Stephenie Meyer was done by Abel, as well. 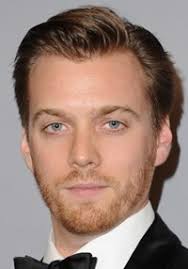 Born in Canton, Ohio March 20, 1919, James went to Wooster College where he collaborated in musicals with James Wise, the writer of the musical, Dames at Sea. Later serving in World War II he wrote the play, At War with the Army. After the war, he studied playwriting at Yale, and he produced his play there and later on Broadway.

He then went to Hollywood where he produced his play with Dean Martin and Jerry Lewis. He then wrote scripts for General Electric Theater, Lux Video Theater, and The George Goebel Show, which comedy writing earned him an Emmy in 1954. He wrote scripts for My Three Sons, The Andy Griffith Show, The Munsters and Hogan's Heroes. He is most famous for writing the introductory monologues of Alfred Hitchcock in the Alfred Hitchcock series. Considered indispensable by Hitchcock, James died in 1966 and the series was discontinued. 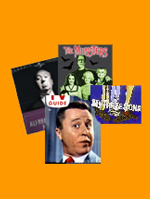 Brannon Braga graduated from McKinley High School in Canton and was educated at Kent State University and the University of California at Santa Cruz. He won a writing internship from the Academy of Arts and Sciences in 1990.

In that same year, he was a writer/producer of Star Trek: The First Generation, and in 1995 he was appointed Executive Producer of Star Trek Voyager. He wrote over a hundred episodes of the series and won a Hugo for excellence in science fiction writing in the episode, "All Good Things." He co-wrote the screenplays for the movies, Star Trek Generations (1994) and Star Trek First Contact, which was the highest-grossing of the Star Trek films bringing in $149 million. He co-wrote the screenplay for Mission Impossible II. 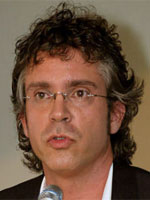 Frank De Vol was born on September 20, 1911, in Moundsville, West Virginia. His father, Herman Frank De Vol moved his family to Canton, Ohio where young Frank grew up in a Vaudevillian atmosphere and joined the Musician's Union at 14. He played violin in his father's orchestra and did arranging for the Horace Heidt Orchestra in the 1930s.

His arrangement of string and piano accompaniment led to a number 1 placement on the charts for Nature Boy. De Vol was nominated for four Oscars for his scores of Pillow Talk, Cat Ballou, Guess Who's Coming to Dinner and Hush...Hush Sweet Charlie. He also produced the scores for The Longest Yard and The Dirty Dozen.

De Vol is remembered for his theme tunes for The Brady Bunch, Family Affair and My Three Sons. He also provided scores for TV episodes of Love Boat, and Mc Cloud. He appeared in several TV series including: 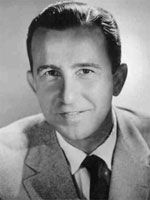 Born in Canton, Ohio, Peggy Ann Garner was seen by her mother, Virginia, as a child prodigy. Virginia took Peggy to the John Robert Powers Modeling Agency in New York where, at five years old, she received several modeling jobs. Peggy's success prompted Virginia to take her six-year-old daughter to Hollywood where she received some minor acting roles. When she was twelve years old, Peggy received a major role in the film, A Tree Grows in Brooklyn. Playing the role of Francie, she won the hearts of Americans and won a special Oscar.

Shortly after that, she starred in a film, Junior Miss and shared the spotlight with Barbara Whiting. Garner starred in her own TV series, Two Girls Named Smith, in the early 1950s. In 1953 she moved to the New York Stage. At the success of the play, Bus Stop, she was asked to star in the play, Traveling across the Country. After her national tour, she married Albert Salmi and gave birth to a daughter, Catherine Ann.

By the 1960's she made several appearances on TV shows such as: 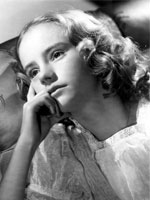 Born on October 30, 1981, Joshua Jay attended Canton Country Day School, GlenOak High School, and Ohio State University, majoring in Creative Non-Fiction.  At the age of 17 he won the top prize at the World Magic Seminar in 1998.  In 2016 he set the Guinness World Record for the Most Selected Cards Found from a Shuffled Deck in One Minute (a record that still stands today) and in 2008 he appeared at the Inaugural Ball for President Obama.   He has done magic on various television shows including Fool Us with Penn and Teller, Grand Illusions: The Story of Magic, Good Morning America, and the Today Show, to name a few.

Magic wasn’t Joshua’s only passion.  He loved writing and has authored three books for the public, a dozen books for magicians and served for 12 years as the Tricks Editor for MAGIC Magazine.

Vanishing Inc. Magic is a retail magic outlet that Jay and friend, Andi Gladwin, founded.  It is currently one of the largest magic shops in the world. 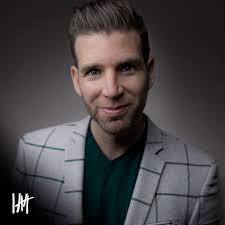 Jack Paar was born in Canton, Ohio on May 1, 1918. His parents moved to Michigan when he was in elementary school, and he left school when he was sixteen to become a radio announcer at WIBM in Jackson, Michigan. He served as a disk jockey in Detroit, Indianapolis, Cleveland, and Buffalo. He claims in his autobiography to have worked at WGAR in Cleveland when Orson Welles' broadcast of War of the Worlds caused panic throughout the country. He entertained troops in the South Pacific during World War II.

After several jobs with RKO Pictures, he starred with Marilyn Monroe in Love Nest. And he hosted the shows, The $64 Question, Up To Paar, Bank on the Stars, and in 1954, The Morning Show. While guest-hosting the Jack Benny Show, he was offered his major role as host of The Tonight Show. In 1973 he alternatively hosted ABCs Wide World of Entertainment with Dick Cavett. He is credited with launching the careers of Woody Allen and Freddie Prinze. He was the first to introduce the Beatles to the American Public through film clips obtained from British Broadcasting Corporation (BBC).

In the Tonight Show years, he interviewed: 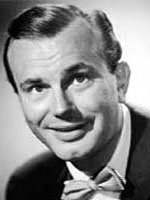 Jean Peters was born in Canton, Ohio on October 15, 1926. After winning the Miss Ohio State Pageant, Jean moved to Hollywood and made her screen debut in the film Captain of Castile in 1947. In a series of films from 1947 to 1955, she starred opposite:

In 1957 she married Howard Hughes and retreated from her film career until 1973 when she returned to acting in television. She starred in Sherwood Anderson's Winesburg, Ohio in 1973. She appeared in the miniseries, The Moneychangers in 1976. Her last role was in the CBS television movie, Peter and Paul. Her life is chronicled in the book, Howard Hughes the Untold Story.

Her many films include: 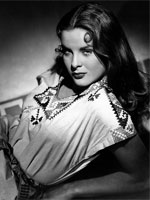 Tracy was best known for his role as Percival Dalton in the 1980s television series, Little House on the Prairie, but he appeared in various other films and television programs from 1977 to 1986.  These included Quincy, M.E., The Jeffersons, Tales from the Darkside, and National Lampoon’s Class Reunion.  Just prior to his death in 1986 from AIDS-related complications, Tracy performed in a theater piece, AIDS/US: Portraits in Personal Courage in Los Angeles, which featured true stories of having AIDS or losing family members to AIDS. 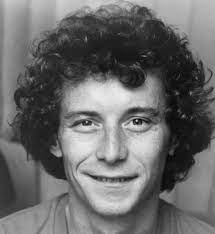